Airplay Enabled Games for Apple TV has increased in numbers considerably. Many third-party developers are taking up the challenge to create games that can be appealing and easy to play on Apple TV. These developers have made the games so that they could be translated smoothly from small screen to the bigger screen. There are 4-5 million users of Apple TV. Here is the list of games for Apple TV.

Real Racing 2 was one of the early ones that got used to IOS Airplay and still one of the best games. The game is also available in HD version. The price without HD is $4.99 while with HD is $6.99. It is like bridging the gap between mobile games and console games. While one is playing the game on TV, the iOS device shows the tracks. 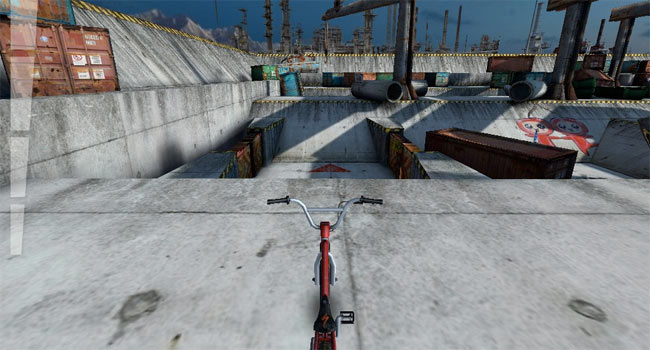 Touchgrind BMX is another favorite game that people would love to play using Airplay. Touchgrind was already there in the market but now it has got the support for AirPlay. This game has the cost $4.99. It allows the player to control the MBX. There are 3-D visuals that give amazing effect and the game is worth purchase. The iOS device can be used to control the ride on the TV through AirPlay. 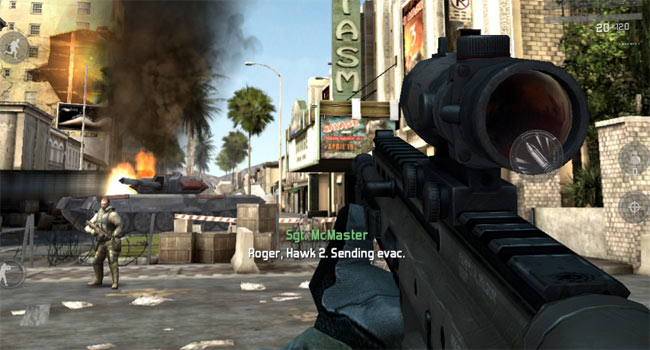 Modern Combat 3:Fallen Nation is one of the most interesting game that was released earlier on iOS and is now available on AirPlay. The graphics are excellent and are comparable to that of the Console game like Call of Duty. With AirPlay , this one of the best first-person shooter games is just superb. The game which has a cost of $6.99 allows the player to go on a long mission from Los Angles to Pakistan. 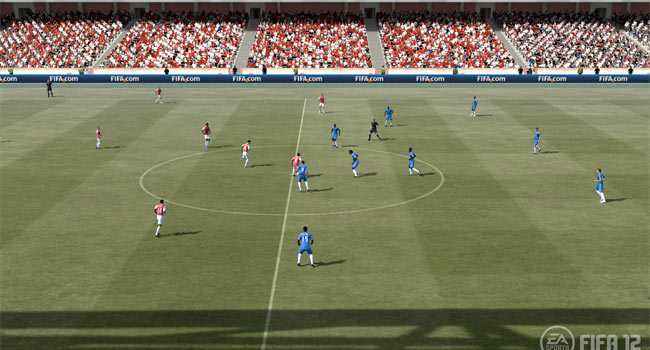 FIFA 12 is the game for all. Whether a person likes soccer or not, this Airplay enabled game which has the cost $4.99(the normal version) and $9.99(HD version) is fun filled. The players can enjoy everything that happens in the real soccer world. Right from trading of players to jersey changing, all the activities that can happen on the soccer ground and the backstage can be found in this Airplay enabled game. The players would need EA’s Gamepad from the app store to control the players on the TV using Airplay on the iOS device. Two iPhones can be used at the same time so one can have a head-on-match along with the friend to enjoy the maximum out of FIFA 12. 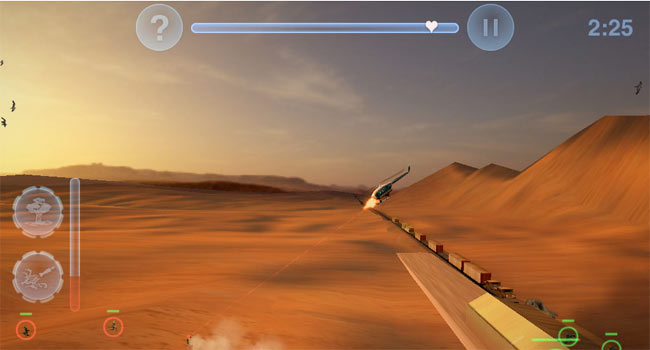 Finally, Chopper 2 ($2.99) is the sequel of the popular Chopper game for iOS devices. It has got unique gameplay with about 35 missions that are planned over 12 locations and 2 choppers. The price is much more reasonable and it looks great on the big screen but with only two choppers and no downloadable content, it has limited gameplay.

With the Ouya on the horizon, Apple TV has a great opportunity to get a console in the home. With rumors of blue tooth connectivity on future Apple TV boxes this opens up the possibility of peripherals to be connected and more games to be added. We wait with bated breath to see what the technology giant is going to do.